APWLD and allies are organising an online rally in solidarity with women workers across Asia and the Pacific protesting against Gender-Based Violence (GBV) in workplaces. In Asia and the Pacific, sexual harassment and violence against women workers exists in alarming numbers. UNFPA reports 3-47.30 percent of women workers experience sexual violence perpetrated by non-partners, including co-workers and supervisors. However, according to our findings, GBV at the workplace is much higher. It negates gender equality and undermines the dignity of women workers. GBV is pervasive, including in the workplaces, and it must end with zero-tolerance and with accountability to survivors/victims.

In June 2019, ILO Convention 190 (C190) and Recommendation 206 (R206) were adopted, as a result of the long fight by workers and unions globally. These labour standards provide a global framework to prevent and eliminate workplace violence and harassment as well as provide access to remedy for the survivors/victims. Since the adoption of ILO C190 and R206, formal collective demands have been made by many trade union confederations for governments around the world to #RatifyC190. However, the ratification rate is very low, especially in Asia and the Pacific.

It is time for us to drum up a solidarity campaign and action for the implementation of C190 and R206, bring the power back into the hands of the workers, and achieve a feminist workplace with zero gender-based violence. Join us as we rage and protest in solidarity with more than 50 women workers from 20 countries in Asia and the Pacific demanding ratification of ILO C190 in their countries.

JOIN US AS WE

The protest is 3.5 hours online event where 50 women workers from 20 countries around Asia and the Pacific will share speeches, solidarity messages, and chants demanding an end to gender-based violence in workplaces and calling on the governments to ratify C190. The session will be opened by Misun Woo, Regional Coordinator, APWLD followed by an open dialogue on “Ratify ILO Convention 190 and End GBV in All Forms at Workplace and Everywhere”.

Check out the fierce feminists sharing speeches, solidarity messages, and chants as they demand ratification of C190!

Language interpretation available in Bahasa, Tagalog, Bengali, Tamil, Thai, Hindi, and Khmer. Register here to join us 7 May 2021 at 1:00 PM (UTC+7) for Workers Run The World! You can also catch live stream of the event on Facebook. 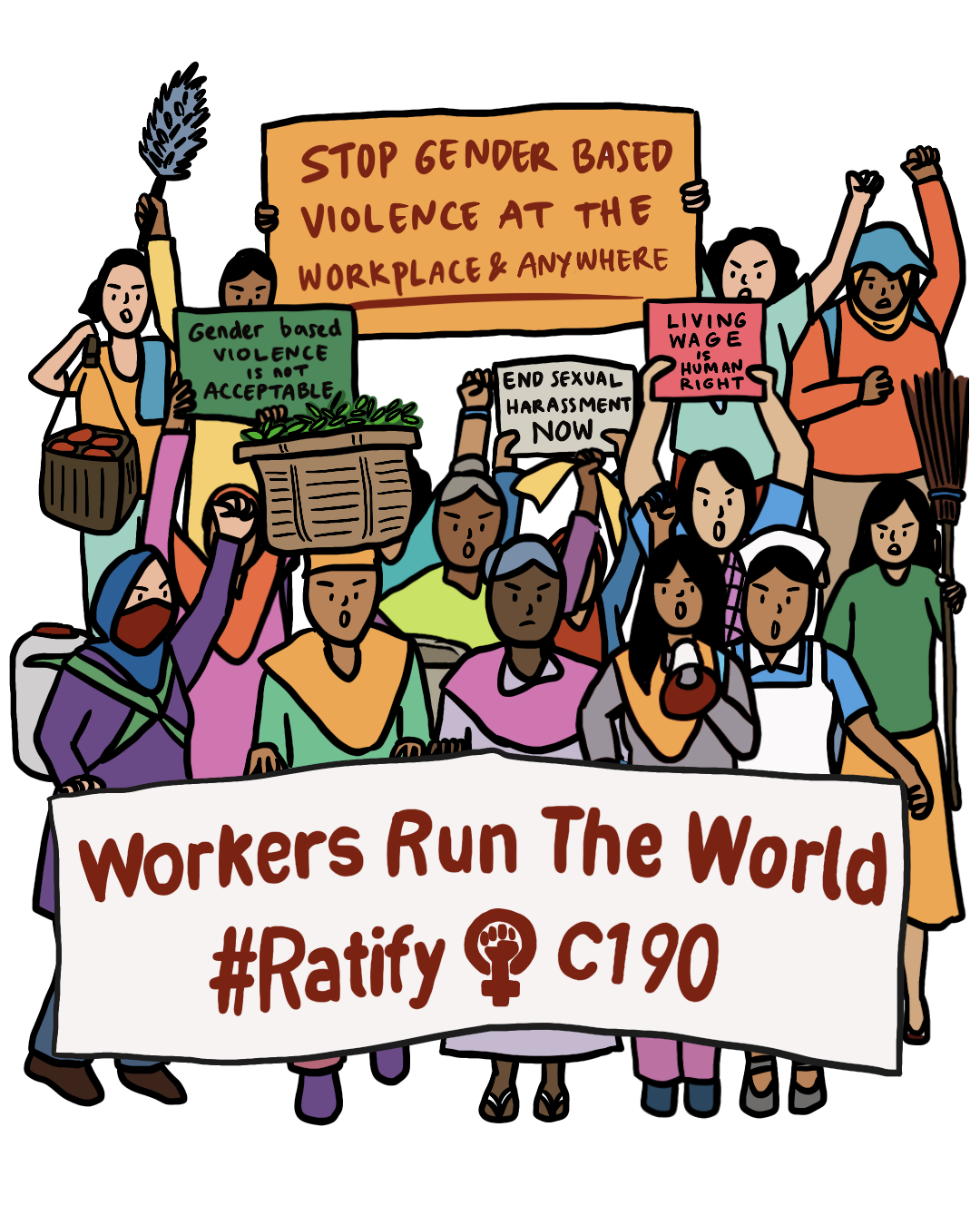