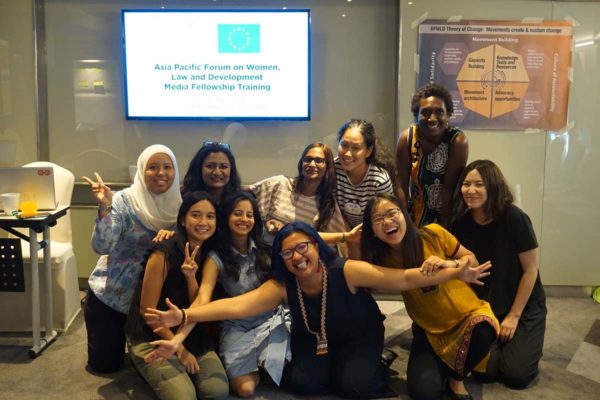 The following journalists have been selected to participate in our 2019 programme. This year’s theme is on Feminist Development Justice as we wish to strengthen a feminist analysis on this topic.

Gonila Hassnain is a newspaper journalist based in Lahore, Pakistan, with over 12 years of experience. She is a Social Reporter for the Urdu newspaper Daily Dunya, where she covers the structural causes of gender inequality in Pakistan and the lack of legal protection on home-based workers, the majority of which is made up of women.

Le Giang Lam is a freelance journalist from Hanoi, Vietnam, whose byline can often be found on New Naratif and VNExpress International. She has covered stories on the fledgling #MeToo movement in Vietnam and on the lack of women representation in the government of Vietnam’s key positions and decision-making roles.

Louiseanne Gohul Laris is a TV journalist for the National Broadcasting Corporation (NBC) in the Autonomous Region of Bougainville, Papua New Guinea. She has covered stories of violence against women in an armed conflict, which often happens when women are resisting a destructive development project like mining. Louiseanne also wrote a story on the central role that women play in supporting their families but despite this, they have little economic security because of patriarchal attitudes that deprive them of their rights.

Mandkhai Jambaldorj is an award-winning freelance journalist based in Ulaanbaatar, Mongolia. Her work has been published in several media outlets, including Ikon News and Ub.life. She has covered various gender stories ranging from survivors of sexual violence to the prevalence of postpartum disorder on Mongolian women that is often times overlooked.

Methmalie Dissanayake is a newspaper journalist for the Ceylon Today Newspaper in Colombo, Sri Lanka. She is designated as a Parliament Reporter and covers stories of the Sri Lankan government’s programmes and policies on education, mental health and sexual and reproductive health and rights among others. She wrote a story on the government’s plan to introduce a law on the termination of pregnancy in the instances of rape, incest and underage pregnancies and the impediment to passing such law. 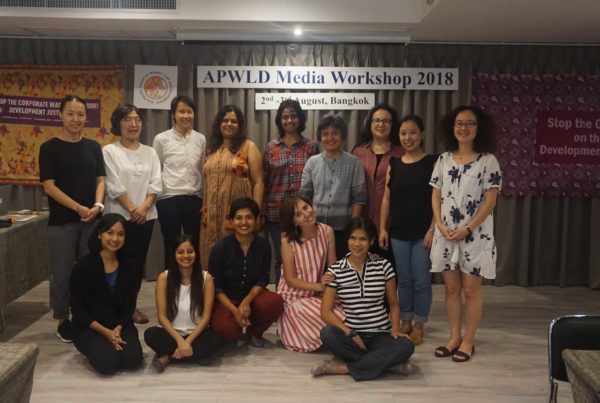 The following journalists have been selected to participate in our 2018 programme. This year’s theme is on climate change as we wish to strengthen a feminist analysis on this topic and climate justice.

Ma. Amalia Salamat is an award-winning journalist based in Quezon City, Philippines. She works for Bulatlat, a leading, progressive independent online publication. She has covered ecological conflicts – resulting in reports about communities bucking dam-building, mining, quarrying, reclamation, and militarisation that goes hand in hand with any of these economic activities. For the fellowship programme, Marya wrote a story on women environmental rights defenders in the Philippines who defend their land, water and resources from private mega-dam projects and on collective movement building fostered through inter-generational leadership that can sustain feminist activism and ultimately leads to change.

Seulki Lee is a South Korean journalist based in Jakarta, Indonesia. She has worked in Jakarta, Kathmandu, and New Delhi as a correspondent for East Asian media houses. She has covered stories on women’s struggle to cope with extreme weather changes in outlying areas of Indonesia, Timor-Leste, Nepal, Kashmir and India’s Northeast region. Her work can be found in mainstream media outlets like Tempo English in Indonesia and Hankyoreh21 in South Korea. For the fellowship programme, Seulki wrote a story on a palm oil plantation owned by Korean company POSCO Daewoo in Papua, Indonesia that has destroyed the livelihoods of local communities there. Her second story is on women-led activism to mitigate climate change in South Korea. It shows how women have emerged as key players in the anti-nuclear movement because of their concerns about radioactive contamination.

Zebojon Kurbonova is a journalist based in Khujand, Tajikistan. Her work has been published in several print media organisations in the country, including Lochin newspaper, state magazine Nokhid, and non-profit publication Gulistoni Donish. She has covered stories about the minimal direct participation of women in local politics and the sexual and reproductive health rights (SRHR) of Tajikistan women following the government’s decision to reduce birth rates after the collapse of the Soviet Union. For the fellowship programme, Zebojon wrote a story on the impacts of radiation wastes on the women in Tajikistan, which include miscarriages and lack of access to clean water. Her second story is about women farmers in Tajikistan who are bearing the brunt of climate change and her final story is focused on the gradual decline of access to clean water in Kyrgyzstan and its impact on women’s livelihoods. For this story, she gains insight from our member Rural Women Association ALGA who has been working with grassroots women by building capacity on climate challenges. Zebo’s stories are written in both Tajik and Russian.