The Beijing Declaration and Platform for Action (BPfA) was adopted by consensus on 15 September 1995 by 189 countries during the Fourth World Conference on Women, which was held in Beijing, China. The BPfA is an internationally agreed declaration considered to be one of the major milestones of the global women’s movement as it addresses the central issue of inequality as the deterrence to the achievement of human rights and women’s rights, gender equality, peace and security, and freedom from poverty.

APWLD sees the BPfA as a key tool for accountability on women’s rights issues. The 25-year review needs to be a space where both achievements and failures are frankly and openly discussed. Systemic barriers to achieving substantive equality must be acknowledged and addressed.The global BPfA review coincides with the review of the CSW methods of work and proposals of future themes of CSW. Therefore, it is important for civil society participating in the regional processes to already come forward with recommendations for both of these for States to hear and take forward.

To know more, read and download our briefer in the following languages: 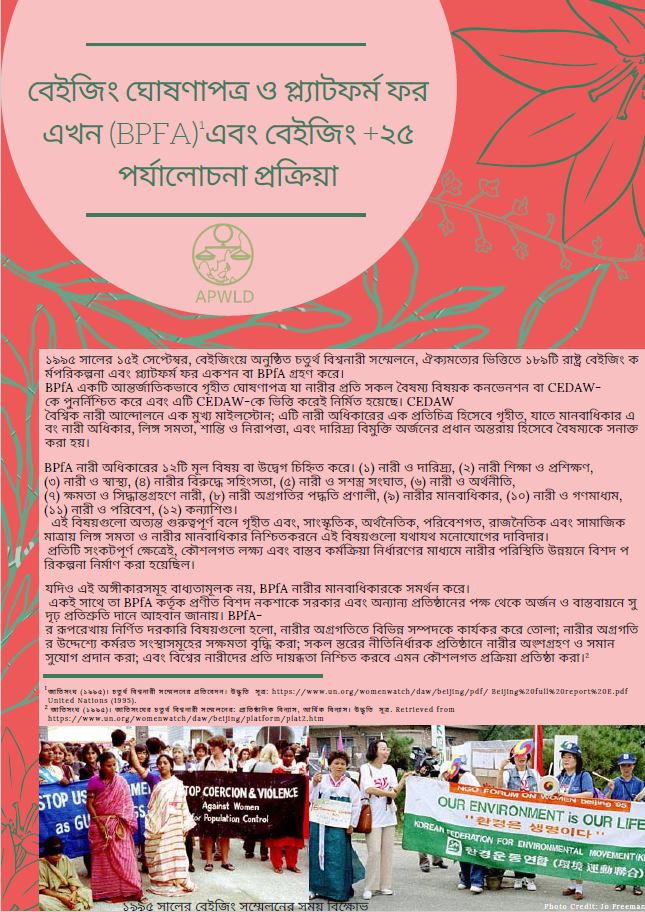 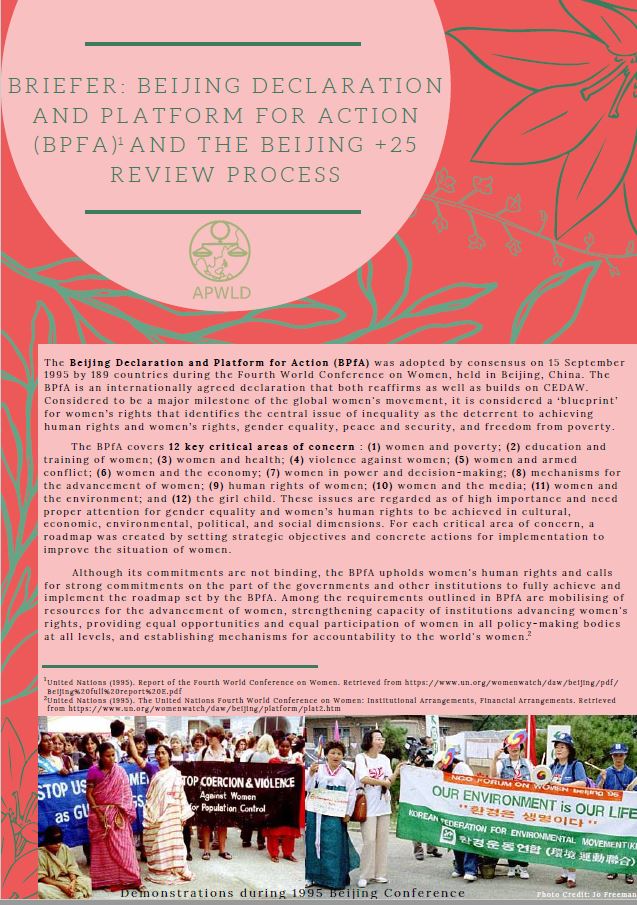 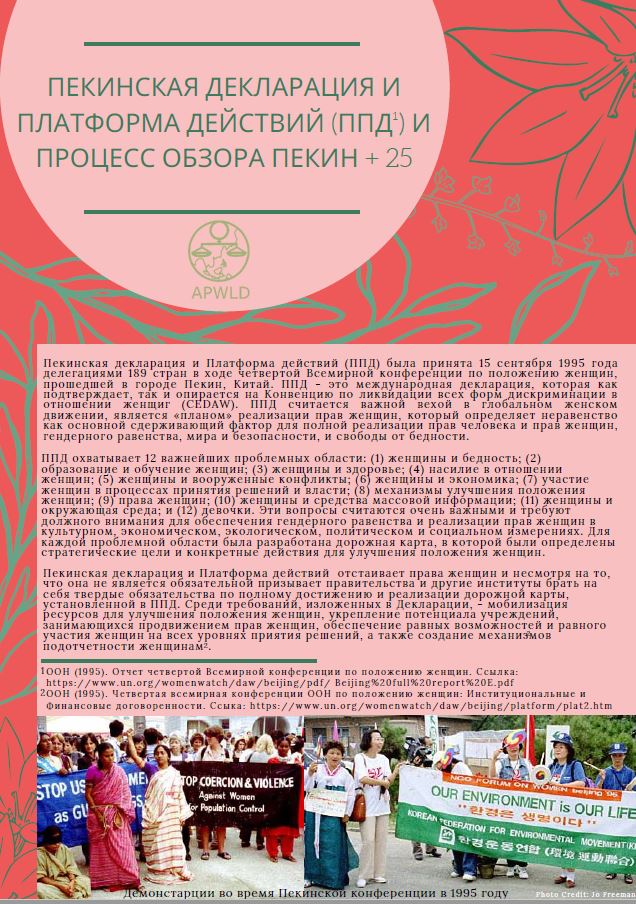 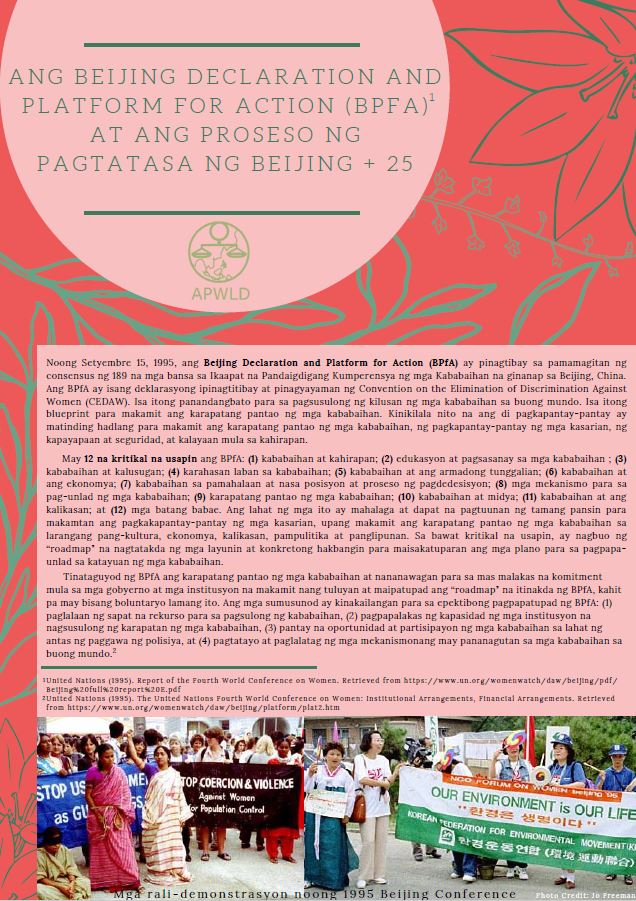 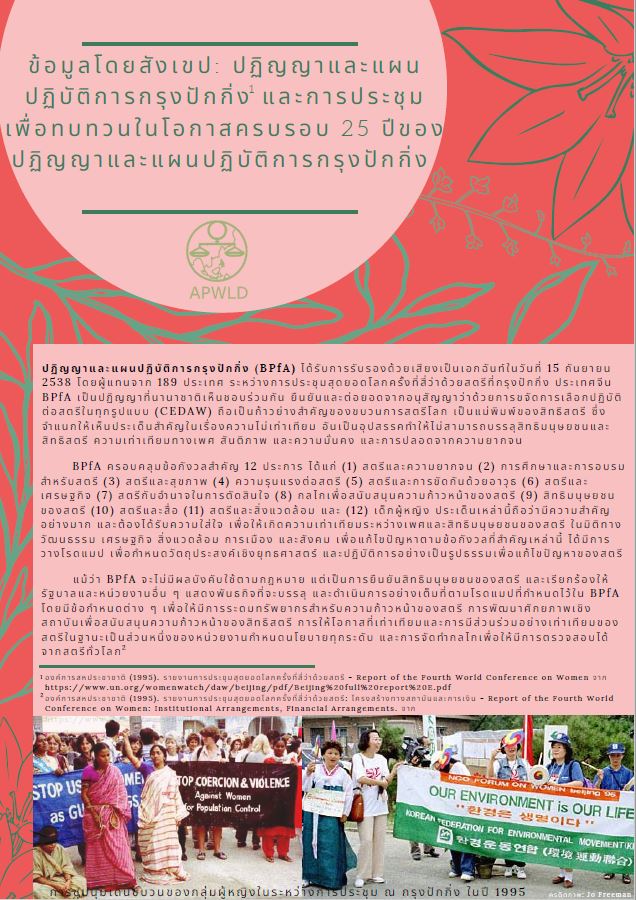