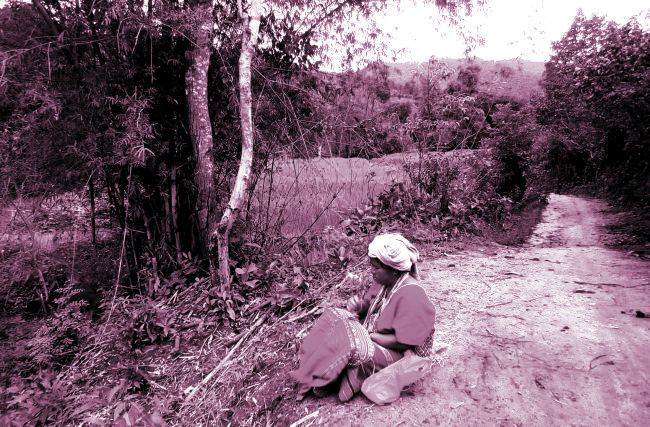 Despite women’s rights to economic, social and cultural equality, poverty and discrimination still remains the reality for a large majority of them in the Asia Pacific Region. Women not only comprise 70% of the world’s poor, they are also victims of the greed and avarice of the powers that are. They are the ones who endure physical, mental and emotional hardships and are yet denied any political or economic gains. Women’s bodies are targeted in may devious ways—be it a forced abortion to kill the female foetus, or acid attack to teach her a lesson, or sexual violence to subjugate her, or honour killing for daring to exercise her rights.

Several feminist leaders and participants, at the recently concluded 2nd Asia Pacific Feminist Forum 2014, organised by APWLD in Chiang Mai, shared with CNS their thoughts on the most pressing problems besetting women that need to be redressed keeping gender justice in mind.

What came out very strongly in these interviews was the scary and ugly rise of religious fundamentalism. Religion and law now seem to be coming together to discriminate against women. Faith based extreme nationalism is resulting in the violation of women’s human, sexual and reproductive health rights. In Brunei they have adopted the anti- women Shariat. In the multi-religious country of Malaysia, there are groups of politicians in favour of adopting the Hudood law which states the bounds for acceptable behaviour and punishment for crimes and is very anti woman. In many other countries too right wing extremists are trying to subvert women’s freedom of expression and action in very subtle ways.
In Myanmar, a predominantly Buddhist country, an anti –interfaith law has been proposed that forbids a Buddhist woman to marry a Muslim, under the garb of protecting her. The all powerful Buddhist monks are deliberately trying to snatch away from women their right of making informed personal choices. Delegates at the forum from Myanmar said that women groups are fighting hard against this law but are not very sure if they would succeed in protecting their freedom. They wondered, “Why are we moving backwards instead of going forward for development of women?” 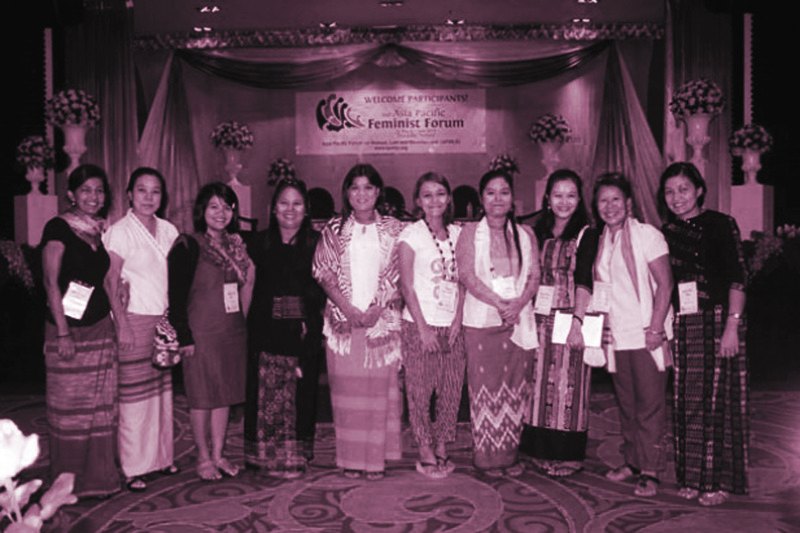 In recent years, religion along with militarism has also been used to systematically create divisions in the indigenous communities of Philippines to destroy their culture of unity. Coupled with this is the development aggression of the government, where the state and corporations are subverting the communities by imposing development projects (like mining and energy) that are threatening their very existence and filling the corporates’ coffers. The framework of development still revolves about monopolising land and resources– not for women but for industries. Lives of indigenous and rural women depend upon land for their survival but the structures of power are taking it away from them.

In Papua New Guinea women are denied economic, political and social justice. Domestic violence, rape and childhood pregnancies though common are not on the government’s priority list. Even though the society is matriarchal and women are owners of land, in reality the power rests in the hands of men. Women are not empowered to participate in political negotiations concerning the land they own.

We are at the beginning of the Asian Century. The battleground of struggle for women’s rights is shifting to the Asia Pacific region. Our agenda should be social transformation to bring about lasting changes. An imposed development framework influences and vitiates the mind set of people including women. Women are often led to believe that their culture demands them to be subservient to males. We have to build their consciousness and debunk the myth that reprehensive and dominating behaviour of males is normal. This change can happen only by enabling a process of empowerment of women so that they themselves are aroused to take action. It will have to come from within and not imposed from outside. As one delegate remarked, “Having good laws does help but if the government does not respect the rights of women and communities, then laws do not work due to poor implementation. It is only the collective strength and unity of women that can bring about a change.”

The five finger model of development justice was at the core of deliberations at the feminists’ meet. This model addresses the issues plaguing womenfolk by aiming for equitable distribution of wealth, power and resources between all human beings through: redistributive justice to redistribute resources and opportunities to everyone equitably; economic justice to make economies work for people rather than compel people to work for economies; social justice to eliminate all forms of exclusion and guarantee human rights to all; and environmental justice to hold countries accountable for environmental disasters that affect especially the marginalised communities.