Asia Pacific Forum on Women Law and Development (APWLD) condemns the latest spate of crackdown on human rights defenders in India by the government. Common to these arrests and raids is the fact that those who are targeted work with minorities and the most vulnerable of populations – women, Dalits, indigenous peoples and Muslims. Under the present government, since 2014, hate crimes against Dalits and Minorities have increased manifold along with growing impunity for the perpetrators. Supporters of the ruling party, parliamentarians and even Ministers serving in the current government  have openly lauded and supported the perpetrators of hate crimes such as lynching and rape while activists have come under increasing attacks.

Since June 2018, 10 Human Rights Defenders have been arrested in two separate crackdowns under the draconian Unlawful Activities Prevention Act, 1967 (UAPA). Women Human Rights Defenders (WHRDs) Sudha Bharadwaj and Shoma Sen were arrested on false and fabricated charges under the law which has been specifically used as a means of judicial harassment to silence any voice of political dissents or critics. Sen, an academic and outspoken feminist, has been in jail in Pune since June. Bharadwaj along with four other activists have been under house arrest since August following an appeal at the Supreme Court for an independent investigation into the baseless allegations about their activism threatening the integrity of India. 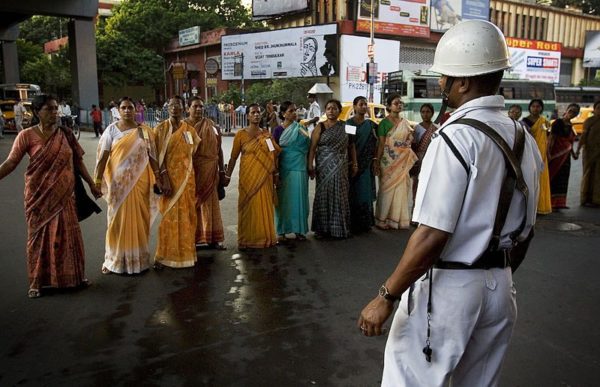 The Unlawful Activities Prevention Act, 1967, as amended to date, is dangerously sweeping and vague wherein ‘unlawful activity’ is  loosely defined and interpreted within authoritarian and patriarchal frames. Not only is the law being deliberately used to misread ‘unlawful activity’ into any political dissent, it is also particularly difficult to obtain bail under the law. Consequently, those who are targeted and arrested by the law are presumed to be ‘guilty’ based on legally yet unproven ‘illegal’ activities, which in these cases are the act of defending human rights, fundamental freedoms and democracy.

The murder of journalist and WHRD Gauri Lankesh in September 2017 still remains unsolved along with those of several other whistleblowers and HRDs. Meanwhile murderers of minorities have been felicitated by politicians and allowed to contest in the upcoming parliamentary elections in 2019. It is gravely concerning to observe the normalisation of the culture of impunity and the spreading of fake news that leads to the witch hunt of WHRDs who are branded ‘anti-national’ on the basis of fabricated letters and videos propagated through news media. The spate of arrests of voices critical of the government, so close to the upcoming elections in 2019, is particularly troubling.

We demand that the Government of India, as a signatory to the Universal Declaration of  Human Rights (UDHR) and party to the International Covenant on Civil and Political Rights (ICCPR) and General Assembly Resolution on Protecting Women Human Rights Defenders (2013), acts to: