WHRDs in Burma under threat for opposing Interfaith Marriage Bill 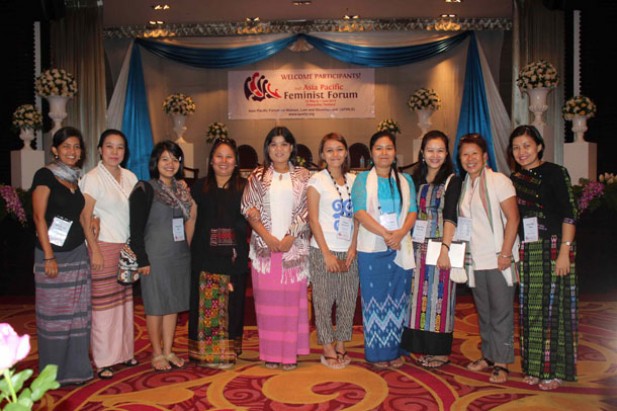 According to information gathered by APWLD members, at least four activists have received threats after including their contact information in early May 2014 in a public statement objecting to the Interfaith Marriage Bill.  Since then, they have received anonymous phone calls and online messages threatening them, including death threats.  One activist was forced to change her handset over concerns about data security; while another is reluctant to connect to the Internet on her phone due to the threatening messages. The safeties of these activists’ families are also being highly concerned.

If enacted, the Bill would violate the rights and fundamental freedoms of Buddhist women. It would force women to get permission from parents and government officials to marry non-Buddhist men The Bill imposes a patriarchal concept of marriage that assumes women pass from property of the father to the husband violating women’s rights to freely choose their religion, cultural beliefs and practices, partners, sexuality, and has the potential to violate their freedom of expression, association and movement.

If read in its entirety – with all four proposed Laws1 – the Bill is designed to foster a nation of one religion and one ethnicity while marginalizing or even criminalizing others.  Consequently the Bill systematically marginalizes women who belong to other religions or ethnicities.

It is evident that the Bill is dividing the community and inciting conflict, hatred and violence within the country. Further, the harassment, intimidation and threats against women human rights defenders attempting to engage in their democratic right to debate public policy violates their rights to expression, movement and safety.

We urge the Government of Myanmar to:

APWLD is a leading network of over 180 women’s rights organizations and activists representing groups of diverse women from 26 countries in the Asia Pacific region.

What you can do:

[1] This Bill is composed of the four elements: a) The Religion Conversion Law; b) The Interfaith Marriage Law; c) The Population Control Law; and d) Monogamy Law.