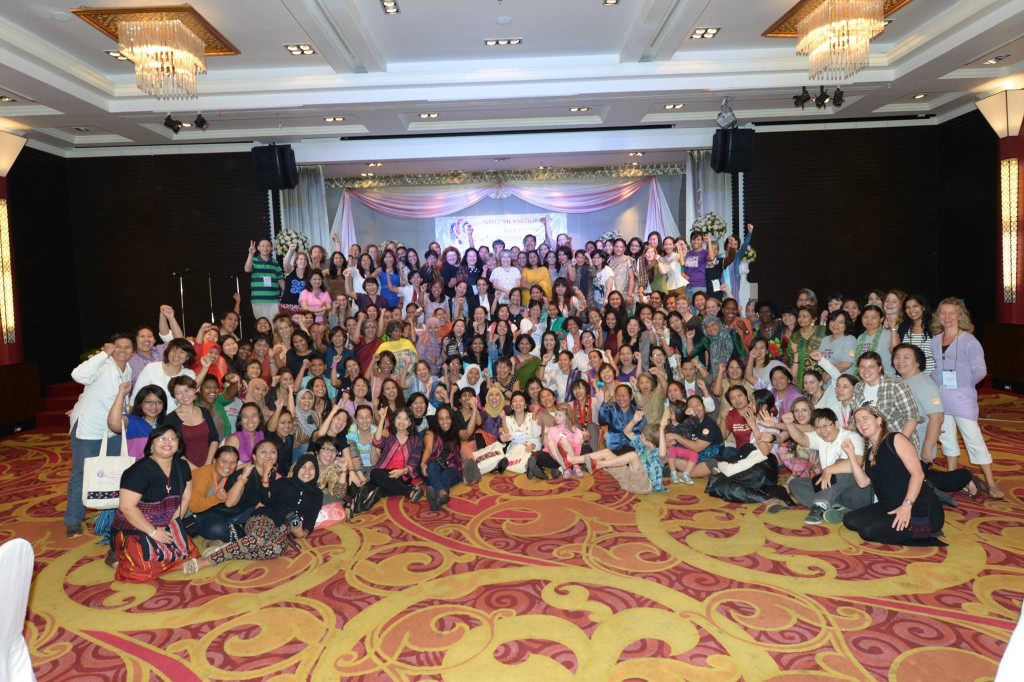 ” “We’re living in a world of obscene inequality,” says Kate Lappin, Regional Coordinator of the Chiang Mai-based Asia Pacific Forum on Women, Law and Development (APWLD). “Right now, 85 people own more wealth than half of the world’s population.”

It’s the opening plenary session at the second Asian Pacific Feminist Forum (APFF), held at the (fittingly named) Empress Hotel here in Chiang Mai. Over 300 feminists are gathered from around the region, and the Imperial Ballroom is buzzing with energy. Next to me sits a soft-spoken woman in a hijab who hails from the Philippines, and on the other side is a woman from Georgia (the country) wearing a black t-shirt festooned with police tape that reads, Caution: Women Crossing the Line. ”

Full text can be found at http://www.chiangmainews.com/ecmn/viewfa.php?id=4083