As the 25th anniversary of the BPfA and the fifth review of progress approaches, APWLD has been able to draw on our work and outcomes of over six cycles of Feminist Participatory Action Research (FPAR), taking place between 2012 and 2019. Participatory action-oriented research is a key recommendation from the BPfA4 itself, to ‘develop gender-sensitive databases, information and monitoring systems and participatory action-oriented research, methodologies and policy analyses, with the collaboration of academic institutions and local women researchers’. It is a mark of the power of this document that APWLD has been able to strengthen women’s organising and movement, particularly through engaging young women from diverse communities from across the region through implementing this important recommendation.

Yet, despite these achievements, it is evident that worldwide, progress in realising women’s human rights has neither been even nor has it been irreversible. There has been a backlash, and increasingly visible attacks on women’s human rights by autocratic political leaders attempting to establish their patriarchal authority. As this submission examines, the rising autocracy that expresses itself through misogyny, and the deficits in democratic governance are a danger to not just women’s human rights and multilateralism, it now impacts the survival of the planet itself.

While this submission provides important analysis of where the Asia Pacific region stands in relation to the commitments of the BPfA, it is also a reflection of what is not working, and a call to action for feminists worldwide to reclaim our power and sovereignty. Click here to download and read more. 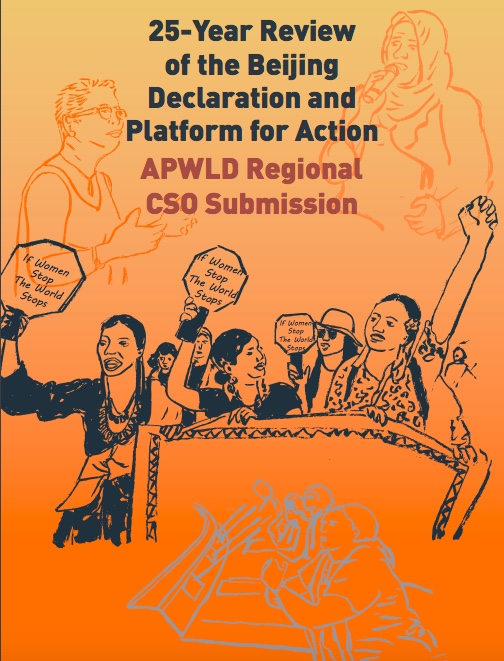