We, the 16 undersigned organizations, call on the Thai authorities and Thammakaset Company Limited to ensure that the criminal and civil defamation complaints brought by the company against human rights defenders Nan Win and Sutharee Wannasiri for bringing attention to labor rights violations at a Thammakaset-owned chicken farm in Thailand do not proceed. The Bangkok Criminal Court is scheduled to hold preliminary hearings on the criminal defamation complaints on December 3. The company—a Thai-owned poultry company in Lopburi Province— should also withdraw all criminal complaints and unsubstantiated civil complaints against other migrant workers and human rights defenders for their involvement in peaceful activities protected by international human rights law.

We further call on the Thai authorities to ensure that no person is prosecuted or held criminally liable for defamation for activities protected under international law. The government should decriminalize defamation in Thai law and protect individuals and human rights defenders from abusive litigation aimed at curtailing the exercise of freedom of expression. The complaints relate to a 107-second film produced by the non-governmental organisation Fortify Rights about previous defamation complaints brought by Thammakaset against 14 of its former workers from Myanmar. In the film, released in October 2017, three former workers described how the company brought criminal defamation charges against them after the workers reported labor violations to the Thai authorities, including unlawfully low wages, failure to pay overtime wages, and confiscation of their identity documents, including passports. In the film, Fortify Rights urged that the company drop the criminal charges against the 14 migrant workers and called on Thailand to decriminalize defamation. 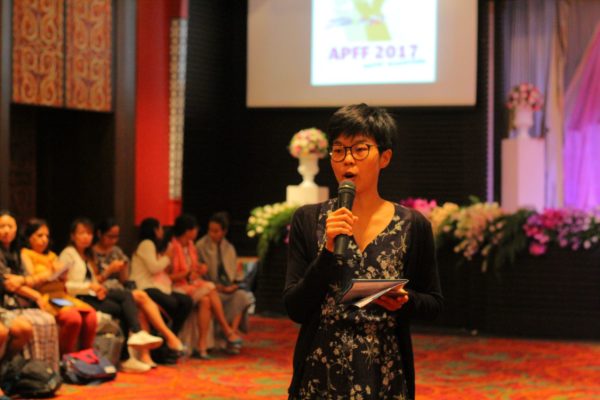 Thailand should act to ensure all persons, including migrant workers and human rights defenders can freely exercise their rights without fear of reprisals, including harassment by specious legal complaints through Strategic Litigation Against Public Participation (SLAPP) lawsuits. The complaints brought by Thammakaset appear to be designed to intimidate and harass workers and human rights defenders and constitute an unnecessary and disproportionate interference on the rights to freedom of expression and access to information. Thai authorities should pro-actively intervene with Thammakaset management and discuss the range of steps the Thai government is ready to take against the company for bringing spurious complaints targeting its workers and rights defenders at the courts.

As noted above, we further call on the Thai government to make defamation exclusively a civil and non-criminal legal infraction. Under international human rights law, including the International Covenant on Civil and Political Rights (ICCPR), to which Thailand is a party, imprisonment for acts of defamation is inherently disproportionate and therefore can never be an appropriate sanction. The UN Human Rights Committee, the body tasked with overseeing the implementation of the ICCPR, has recommended that States decriminalize defamation and has clarified that defamation laws must ensure they do not serve, in practice, to contravene the rights to freedom of expression and information protected under article 19 of the Covenant and enshrined under articles 34, 35 and 36 of the 2017 Constitution of Thailand. While civil measures such as penalties may be appropriate to achieve the lawful aim of protection of reputation, the imposition of such measures must be proportionate and strictly necessary to that end.

To uphold its commitments under domestic and international law, the Thai authorities should act to prevent further spurious SLAPP complaints being filed by Thammakaset and other companies that target workers and human rights defenders. Action to end SLAPP lawsuits is in line with the promoting responsible, rights respecting business practices that the current Thai government is supporting as part of developing a National Action Plan on Business and Human Rights. We urge Thai authorities in this regard to enact legislative protections to protect individuals from legal harassment through SLAPP lawsuits including, but not limited to, instituting effective protective provisions in the Thai Criminal Procedure Code.

On its first official visit to Thailand, the UN Working Group on Business and Human Rights called on the Thai government to “ensure that defamation cases are not used by businesses as a tool to undermine legitimate rights and freedoms of affected rights holders, civil society organizations and human rights defenders.”

The complaints against Nan Win, Sutharee Wannasiri, and others facing legal harassment must immediately be dismissed and any further injustice to human rights defenders stopped.

Prior to these most recent complaints, Thammakaset brought criminal defamation charges against 14 migrant workers and former employees in October 2016 after the workers alleged that the company had committed serious labor law violations. On November 4, 2016, Thammakaset also filed criminal defamation complaints against Andy Hall for social media posts about the charges against the workers. In August 2017, Thammakaset filed criminal suits against two migrant workers for alleged theft of their employment timecards, which they had presented as evidence of labor violations. In October 2017, Thammakaset filed a criminal suit against Suthasinee Kaewleklai for a similar alleged theft of employment timecards.

In these previous cases, Thai courts rightly dismissed the charges brought by Thammakaset. In July, the Don Muang Court dismissed the criminal defamation charges against the 14 migrant workers, finding that the migrant workers filed the complaints of labor violations to the National Human Rights Commission of Thailand in good faith and without false information. In September 2018, the Lopburi Provincial Court also dismissed complaints regarding the alleged theft of timecards filed by the company against the two migrant workers and Suthasinee Kaewleklai. In addition, in September, the Supreme Court upheld an order issued by the Department of Labor Protection and Welfare in Lopburi Province in August 2016 requiring Thammakaset to pay 1.7 million Thai Baht (US$51,470) in compensation to the 14 workers for violations of Thailand’s Labor Protection Act.

In a similar case of legal harassment launched by Natural Fruit Company Ltd. against labor activist Andy Hall in May 2018, Thailand’s Court of Appeal acquitted him of criminal charges filed against him under criminal defamation laws and the Computer Crimes Act. In its judgment, the Court importantly ruled that his research on labor rights violations in Thailand was in the public interest for the benefit of consumers.

To read the press release issued by the 16 organisations today, click on this link.