I could have been Mary Jane Veloso—Erwiana 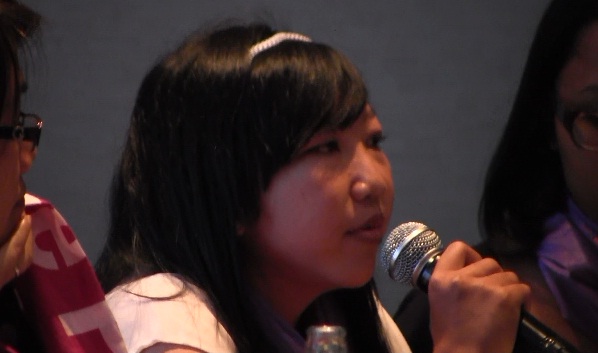 Mary Jane Veloso was spared from death at the last minute. She still faces execution.

When working as a domestic worker in Dubai Mary Jane was attacked and hospitalized. After a month in hospital and a rape trial of the perpetrator she went home. But she couldn’t earn money at home to support her children and had no choice but to sell her few possessions and become indebted to an informal agent who professed to be her friend and migrate again. She was told she would be given work in Malaysia, like so many Indonesian domestic workers.  But the work didn’t eventuate. She was given new clothes and a new suitcase and told to go to Indonesia until other work would be sorted for her.

Like me, Mary Jane was in no position to question the agents that made her migration possible. Like me she was in debt. Like me she trusted people that promised to help. Like me she couldn’t speak the local language. Like me she needed to navigate a legal system that wasn’t in her language and that she didn’t understand.

Mary Jane was charged with drug trafficking. But in fact it was Mary Jane who was trafficked. Like hundreds of thousands of women around the world Mary Jane was controlled and made to travel as human cargo for the profit of others.

Indonesia’s own National Commission on Violence against Women, Komnas Perempuan has said that Mary Jane should have been dealt with as a victim of trafficking, not a criminal. Wrongly charged she then had to sit through a trial that she didn’t understand. She was appointed a lawyer that she saw only during the trial. She was given an interpreter, a student who was studying English. But Mary Jane didn’t speak English, she spoke Tagalog. When asked whether she regretted what had happened she said ‘No’ thinking they were asking if she had committed a crime.

Mary Jane is just like me. She is just like the 3 million Indonesian women who have migrated for work. We migrate because we have to. We don’t have power and money and we are put into the most vulnerable positions, physically, legally and economically. There are 278 Indonesians on death row around the world. Many of them are just like Mary Jane and me. Desperate people in desperate circumstances.

Our President said he is here to govern for us, for the least powerful. He said he no longer wants to force Indonesian women to migrate into vulnerability. But if he really wants to support us he should give Mary Jane a fair trial because she is just like us. If he eventually executes her he will be harming us all. We will no longer be able to call for justice for Indonesian migrant workers. Today I want to ask our President – will you kill a woman just like me? Or will you prove to us that you are listening to the people and give her a fair trial.

Saving Mary Jane could help save the 278 Indonesians on death row. But it can do even more. Her case should force our government to rethink the justice systems that fail migrant workers. The Philippines government intervened so late it was almost fatal. Our government must provide full legal assistance to migrant workers and prosecute the real traffickers, some of whom work as migration agents. We know that could save lives and reunite families.

But our government needs to do more. Our government should commit to real action to stop people like me and Mary Jane from having to migrate in the first place. If our government ensured Decent Work at home, stopped land-grabbing and guaranteed Development Justice we would not need to migrate, we would not face exploitation, become victims of trafficking and we would not risk death sentences – from legal systems or at the hands of employers.

With the support of people’s movements I have obtained justice. My employer, who attacked and tortured me is behind bars, not me.

Mary Jane is just like me. Except I live. I am free. And I will not rest until Mary Jane and all women are free.