Skip to content
Home > Global Stock Take: How are We Going to Measure Progress?

Global Stock Take: How are We Going to Measure Progress?

Article 14 of the Paris Agreement (PA) stipulates the undertaking of a global stock take (GST) in 2023 to collectively assess the progress towards achieving the goals of the Paris Agreement in a “comprehensive and facilitative manner, considering mitigation, adaptation and the means of implementation and support, and in the light of equity and the best available science.”

GST is one of the work themes under the Ad Hoc Working Group for the Paris Agreement (APA) workplan and was included in the agenda at the September 2018 Bangkok UNFCCC intersessionals, an additional session held to prepare for the draft negotiating text of the Paris Agreement Implementing Rules due to be finalised in COP 24 in Katowice, Poland in December 2018.

Asia Pacific Forum on Women, Law and Development (APWLD) joined civil society organisations (CSOs) in Bangkok to demand to parties to ensure that human rights are respected, promoted and taken as basis for all climate actions in the Paris rules book. The Paris Agreement unequivocally states that “Parties should, when taking action to address climate change, respect, promote and consider their respective obligations on human rights, the right to health, the rights of indigenous peoples, local communities, migrants, children, persons with disabilities and people in vulnerable situations and the right to development, as well as gender equality, empowerment of women and intergenerational equity.” 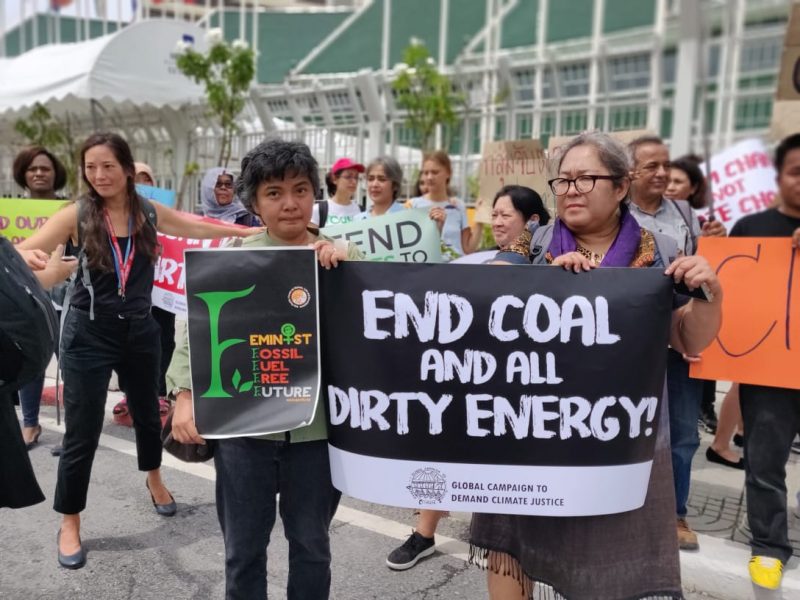 How will the GST look like? How do we assess progress towards the long-term global temperature goal of well below 2 degrees Celsius and pursuing efforts to 1.5 degrees Celsius? To be assessed more importantly is the progress in implementation of the commitment to provide USD 100 billion annually by 2020 for mitigation and adaptation finance and provide  appropriate technology and capacity-building support.

Unfortunately, the draft text coming out of Bangkok produced more texts reflecting even more disagreements than before Bangkok. The text have sustained the great divide over fundamental principles of common but differentiated responsibilities (CBDR) especially over finance and other means of implementation, continuing therefore to be blind and deaf to the needs of poor and vulnerable countries and communities.

The concern over rights ignored and rendered invisible in the Paris Rule book remain. The snail-paced progress is raised as a concern as time is quickly running out before COP 24 in December 2018 and before the first GST due to be undertaken five years from now. Governments cannot continue to be a debating club.

The latest Intergovernmental Panel on Climate Change (IPCC) reports the risks associated with a warming planet: irreversible changes/loss of various earth’s ecosystems, more extreme weather events, rising sea levels among other changes which could then result to unimaginable depths of hardships and poverty among the poor and most especially poor women. And that “global net human-caused emissions of carbon dioxide (CO2) would need to fall by about 45 percent from 2010 levels in 10 years by 2030, reaching ‘net zero’ around 2050.”  Ten years is just around the corner! Thirty years is a not so distant future! Governments must be jolted out of complacency and take action now!