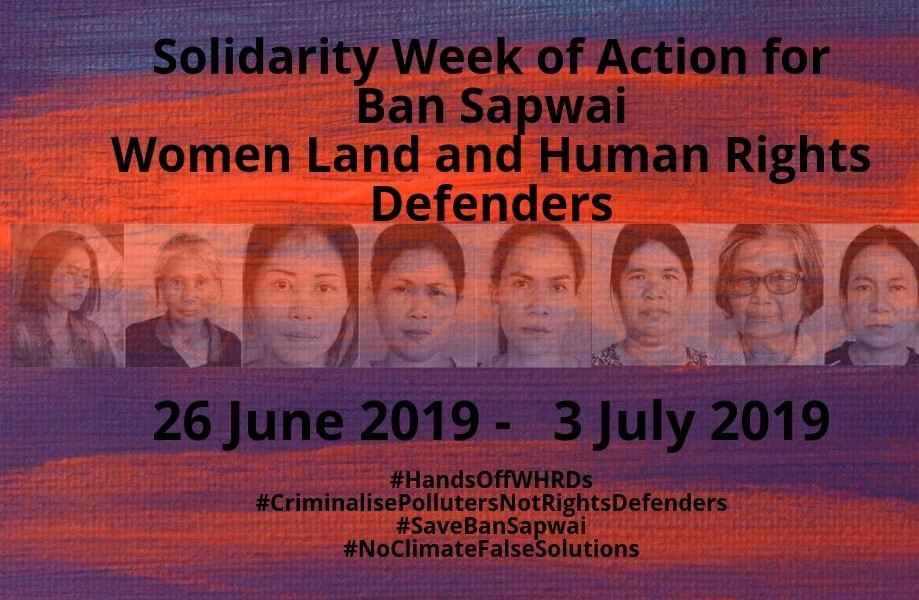 The recent crackdown on farming communities  dwelling in forest area has been aggravated due to the Junta’s ‘forest reclamation’ policies. While the policies intend to combat climate change, instead of going after big investors and corporations that cause large scale environmental degradation, they are working to displace farming  communities.

In this regard, we request your support for Thai women human rights defenders and urge the Government of Thailand to fulfil their its human rights obligations by doing the following:

Sign on to the statement to demand Thai Government to drop all charges against the land and human rights defenders of Ban Sapwai and uphold the rights of people’s access to land by 27th June, 6.00 P.M Bangkok Time.

Send the appeal letter to Thai Government, Chaiyaphum Provincial Governor, and Director General of the Forestry Department to demand justice for those criminalised at the following addresses and social media channels:

Ministry of Natural Resources and Environment

Ministry of Natural Resources and Environment

DO A SOCIAL MEDIA CAMPAIGN

Post your solidarity photos online with messages supporting the villagers on trial and use the following hashtags:

You can donate directly to the Ban Sapwai community to support their legal processes including bail to: