In February 2018 Adelina Sau, an Indonesian migrant worker, died in Malaysia after enduring horrific abuse by her employers. By then, she had already suffered physical and emotional abuse, and forced labour at her employers’ hands for two years. However last week, Adelina’s employer, S. Ambika, walked free and had been granted full acquittal by the Malaysian High Court. Our member Tenaganita Malaysia has issued a petition to call on the Malaysian High Court and the government to ensure justice for Adelina. We urge you to please sign the online petition, share and use the hashtag #JusticeForAdelina on social media to mount public pressure. We need to stand in solidarity to change this culture of violence and slavery in Malaysia. 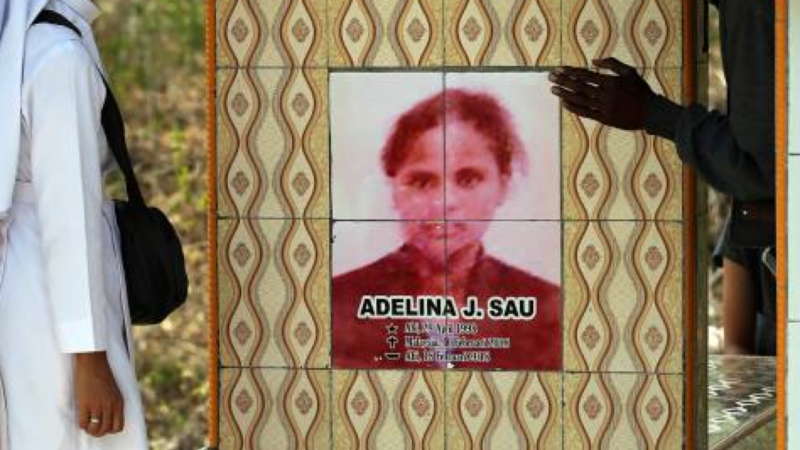 For further information, read the press release issued by Tenaganita.

*Where is JUSTICE for ADELINA?*

Adelina Sao, 21, died in Bukit Mertajam hospital on 11th February 2018 from organ failure. When she was rescued, she was found sleeping outside her employer’s home with the employer’s dog. Her employers reportedly didn’t want the pus oozing from her body “dirtying their home”. Her arms and legs were covered in burn marks. Her face was swollen, and she was terrified when rescuers came to help her. Nurses and doctors at the hospital were in disbelief over the extent of her injuries.

Malaysians were rightly horrified and outraged when news of Adelina broke. On 14th February 2019, Minister of Human Resources M. Kula Segaran, citing how shocking Adelina’s case was, said he is launching a “war” against human trafficking and forced labour. On 18th April 2019, Adelina’s employer, S. Ambiga, was acquitted by the High Court. Where is justice for Adelina?

Tenaganita learned of the acquittal through an article in Kwong Wah Daily (dated 19th April 2019), https://www.kwongwah.com.my/20190418/女佣睡狗窝被虐死-女雇主判无罪逃死刑/
The newspaper reported that the case was fixed for a continued hearing on 18th April, but S Ambiga was granted full acquittal although the prosecution requested for a discharge not amounting to an acquittal (DNAA).

We understand that neither Adelina’s family nor her representatives in Malaysia were informed that the court date was brought forward. This is unacceptable.

On 12th February 2019, Adelina’s mother, Yohana Banunaek, said “she (her daughter) did not die because of her sickness, but because she was tortured”. We are extremely shocked and shaken by the High Court’s decision. Tenaganita and our partner in Kupang, JPIT, are distraught over this news. We cannot imagine the unbearable grief of Adelina’s family.

The Attorney General’s office needs to explain why the prosecution has failed to bring justice for Adelina when there was substantive evidence in this case.