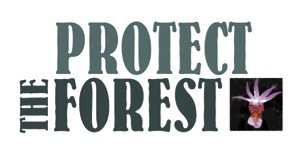 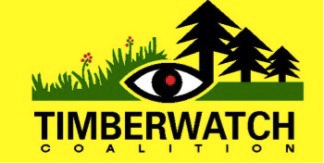 We are writing to express our deep concern regarding the proposed construction of the Rampal and Orion coal power-plant projects in Bangladesh, located only 12-14 km away from the Sundarbans. As you know, the Sundarbans is a World Heritage Site and the largest remaining mangrove forest in the world, covering a total area of 10,000 km2. It has extremely high species diversity, which is of critical importance for the conservation of endangered species globally. It is also home to more than 4 million people, who depend on the mangrove forests as their main source of food and income.

The planned coal power plants threaten the health and livelihoods of millions of people. The Sundarbans is a critical source of subsistence foods, medicines and building materials for local communities; as well as commercially valuable products of biodiversity, such as honey and fish; and ecotourism, that support many local livelihoods.5 Local people rely on agriculture and fishing for their survival and meager income. The proposed power plants will negatively affect soil and water as well as the area of arable land available, consequently diminishing the livelihood prospects of local community members. If constructed, the power plants will also gravely impact people’s health, with wind carrying ash to the forest and to inhabited areas, resulting in acid rain, breathing difficulties, health issues for mothers and babies, etc. Many people have already been displaced as a result of land being purchased for the project, and it is likely that many more will be compelled to migrate or give up their homes in response to the detrimental effects of the projects. Women are particularly at risk, as displacement is linked to increases in gender violence, including falling victim to trafficking and prostitution.

Considering the short distance separating the planned power plants and the Sundarbans, the coal power plants are directly endangering the biodiversity of the mangrove forest. In that regard, we strongly endorse the UNESCO’s World Heritage Centre’s and IUCN’s findings regarding the four key main impacts related to the coal power plant’s construction: pollution from coal ash by air, pollution from wastewater and waste ash, increased shipping and dredging, and the cumulative impact of industrial and related infrastructure.6 These are legitimate fears: national and international business groups with vested interests have been invited to obtain land in the area adjacent to the forest in order to set up commercial projects in and around the Sundarbans. In addition, the Rampal and Orion power plants will be dependent on imported coal from Indonesia, Australia and South Africa,7 and negotiations with India are underway.8 Coal mining in itself is a very destructive activity which causes habitat destruction, high levels of pollution, work-related social and health problems and significant contributions to climate change.9 Imported coal will need to be shipped approximately 35 kilometers along the Pasur River, which flows through the Sundarbans, and which will therefore need to be dredged.10 Not only are the environmental impacts of increased pollution from shipping coal cause for concern, the risks of environmental disasters are also heightened. During the last three years, three coal-carrying vessels sank in the Sundarbans. In December 2014, an oil tanker capsized, and the spilled oil spread to far corners of the forest with the flow of the Shela River. Plants and wildlife were seriously affected.11 There is no doubt that the proposed Rampal and Orion power plants will have serious and irreversible impact on the ecology of the Sundarbans.

The Sundarbans serves as a major repository (sink) of carbon dioxide, one of the main greenhouse gases responsible for climate change, making it a critical contributor to stabilising the global climate. The burning of fossil fuels, such as coal, increases emissions of carbon dioxide which exacerbates global warming and climate change. Temperatures are already increasing world-wide; 2016 is the warmest year on record, surpassing 2015 and other hot years.12,13 Climate change impacts, including rising sea levels and increased flooding, droughts, heat waves, storms and wildfires, will be acutely felt globally. Due to Bangladesh’s low-lying location, it is already one of the most climate vulnerable nations in the world.14 Further, the Sundarbans acts as a barrier against frequent cyclones, storms and other natural disasters15; the plant’s operation will further exacerbate millions of coastal people’ vulnerability to natural disasters.

The Government of India established the National Adaptation Fund on Climate Change (NAFCC) in 2015 to meet the cost of adaptation to climate change.16 Rather than build a climate-damaging coal-fired power plant, India should help Bangladesh developing renewable sources of energy, both respecting the environment and benefiting all inhabitants of the Sundarbans. The freshwater flow into the Sundarbans has already been substantially reduced due to both legal and illegal human activities, resulting in increases in siltation and salinity, which threaten to upset the overall balance and functioning of the ecosystem and its species.10

The Sundarbans is a fragile ecosystem, but a more sustainable balance between socio-economic development and conservation can still be achieved if the right choices are made. On the 26th of November 2016 a protest was organised in Dhaka, Bangladesh, which attracted about 15,000 people. On the Global Day of Protest on the 7th of January 2017, over 4,000 people gathered in Dhaka, New Delhi, Melbourne, London and in other cities around the world to show support for the survival and preservation of the Sundarbans. On the 26th of January, at an 8-hour long hartal held to save the Sundarbans, police used teargas and water cannons against peaceful protesters and journalists, injuring approximately 100 people and arresting 5. Such unjust violence against these peaceful protests is a pattern that has unfortunately developed throughout the last several years. This is not acceptable and an indicator of an ailing democracy.

We, the undersigned, have sent appeal letters to the Presidents, Prime Ministers and several Ministers of Bangladesh and India, to immediately take whatever steps are necessary to halt the coal-fired power plant projects and other commercial projects in the Sundarbans and its surroundings, and to increase investments in renewable solar and wind power. We also ask the governments to uphold the right to assemble and protect the safety of people that exercise this right, including the right to protest against government-approved development projects. We are now asking you, representatives of the UNESCO, to help us in our fight to protect and conserve this extremely ecologically valuable zone.

The world cannot afford to lose the Sundarbans.

This letter is supported by the following NGOs:

Friends of the Earth, Bosnia and Herzegovina

Friends of the Earth US, USA

Friends of the Siberian Forests, Russia

Friends of the Tamar Valley, UK

Friends of the Earth, Sweden

Students for a Just and Stable Future, USA

1 UNESCO (2016-10-18).World Heritage Centre and IUCN call for relocation of Rampal power plant, a serious threat to the Sundarbans;

4 National Committee for Saving the Sundarbans (2017). To the UNESCO World Heritage Committee;

14 The Guardian (20-01-2017).Bangladesh struggles to turn the tide on climate change as sea levels rise;